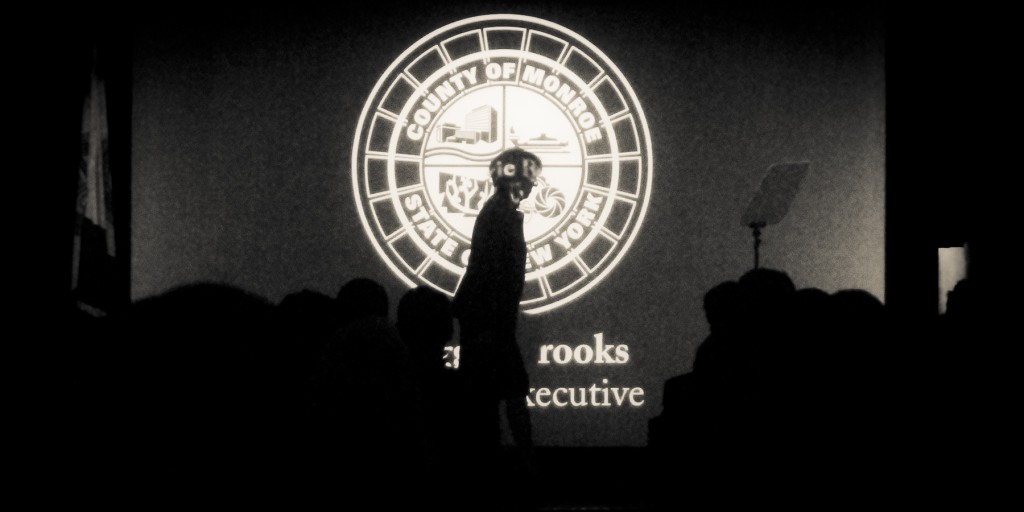 Jeremy Moule at City reports that Slaughter and Brooks’ positions on the re-authorization of the Violence Against Women Act are pretty much identical, which means that Brooks disagrees with House Republican leadership on this issue.

Maggie Brooks says we’ll know how she’ll vote as a congresswoman by her record as a county executive. When I suggested that this actually leaves a lot to the imagination, her spokesman Noah Lebowitz scolded me in an email: “There is no confusion on how Maggie will govern in Congress.”

Wachs goes on to point out that trying to figure out how Brooks would vote in Congress is basically impossible from her record in Monroe County. He’s just another voice in the chorus making that same point, one that seems to escape those in charge of Brooks’ messaging.

The US Chamber of Commerce is out with an ad reminding us that that Slaughter voted for Obamacare:

The CSEA is out with an ad reminding us that Maggie Brooks opposes Obamacare:

As with any ads released to the media and embedded in web pages, the question is whether they’re released to get some free media, or if someone’s going to pay to run them on actual TV stations. The CSEA ad is just red meat for its members, so I doubt it will be aired anywhere. The Chamber claims that it is buying some ad time, but my guess is that this, too, is a symbolic ad buy.

Update: Sean Carroll of 13-WHAM wrote to say that the Chamber ad is up and running in Rochester, certainly against Kathy Hochul from neighboring (current) NY-26.

Rachel Barnhart thinks that part of the reason State Senator Jim Alesi isn’t running for office is his support of gay marriage:

In what appeared to be a hastily made decision, he went on Capital Tonight and could barely choke out the words. The lawsuit he filed against constituents over his broken leg cost him voter support, but his same-sex marriage affirmation cost him party support. The GOP turned its back on Alesi with incredible speed.

Maggie Brooks won’t risk the ire of her party because she’s on record as one of the staunchest opponents of gay marriage in the state. In 2008, she pushed for an appeal of the landmark Martinez vs County of Monroe case, which held that a same-sex marriage established in another state is valid in New York. Since Jim Alesi’s vote in the Senate helped pass New York’s gay marriage law, this issue is no longer relevant to New York or Monroe County politics. But Brooks’ position on the matter is vitally important in her candidacy for Congress, since it’s likely that a repeal of the Defense of Marriage Act will be on the agenda for the 113th Congress.

Here’s a member of the D&C editorial board telling us that “Maggie Brooks’ silence on national issues is deafening” two days after City Newspaper reported that Maggie has taken a stand on Obamacare.

By the way, there’s definitely a legitimate issue here, since Brooks is happy to tell a subscription-only DC insider publication her position on the issues, while staying mum about it on her website and in her public statements. In this case, the legitimate issue was obscured by bad execution on the part of the Editorial Board.

I’m sure Brooks can turn this into a campaign issue, but the real traction on this issue is if someone can prove that Slaughter missed a vote where it would have mattered.  Unfortunately, most of the votes that Congress takes are meaningless. There are a lot of Post Office names that are decided every session, and those filler votes are used to take up floor time while the leadership decides what’s going to hit the floor. When bills do hit the floor, most of what happens is on pretty strict party line votes. So I don’t think Brooks will be able to point to a specific missed vote.

When you vote for a Representative, you’re essentially voting for the policies of their party and for the power they hold. The power Slaughter holds is based on her seniority and committee membership. The Rules committee is generally considered the second most powerful committee in the House, and she’s the ranking member, which means that if Democrats take back Congress, she’ll lead it. If you don’t agree with Democrats on issues, you’re voting for Slaughter because of her power, and her attendance record doesn’t matter, since she’ll bring home the bacon whether or not she’s voting regularly.  If you don’t agree with Democrats and you don’t care about power, then you’re voting for Maggie Brooks, who will almost certainly have perfect attendance. After all, that’s what Freshmen do, since they lack the power to do anything else on Capitol Hill but stick their card in voting slot.

Jeremy Moule reports something missing from the D&C’s man-on-the-street coverage, but far more relevant than the opinions of some random person from Penfield: Maggie Brooks took a position on Obamacare.  She signed on to an anti-Obamacare op-ed in the subcription-only Roll Call magazine, hardly the most widely-read journal in the Rochester area, but the that cat is now out of the bag.

Jill Terreri is a pretty good reporter at the D&C, but her latest Slaughter/Brooks story is mainly not news. It contains one fact: Slaughter was released from the hospital yesterday. The rest is speculation from the mouths of various area residents. Some of the least compelling is from the most credentialed, Gerald Gamm, who teaches Political Science at the University of Rochester:

“Congresswoman Slaughter is really going to need to pivot and reconnect with everyone outside the city of Rochester,” said Gerald Gamm, a professor of political science at the University of Rochester. “For her the challenge is going to be making the case to suburban voters and rural voters.”

[…] Gamm noted the “toss-up” nature of the district.

None of the paid political forecasters, the ones who actually bother to study the race, believe that this election is a toss-up (Cook, Rothenburg and Sabato have it lean D, D favored and lean D, respectively). In 2008 and 2004, the Democratic candidate for President won the new 25th district. In 2008, the margin was 18 points. In 2004, it was 4 points. Cook has it as a PVI D+4 district. The new 25th votes for Democrats in federal races during Presidential years, and if Slaughter’s health holds, the challenge will be for Brooks to convince the Democratic voters of the district to vote for a Republican.

In the last five presidential elections, Monroe County has voted for the Democrat, but in countywide races has chosen Republican candidates more often.

Perhaps if you have no idea how Monroe County politics work, this might seem convincing. Those of us who have bothered to look at the results have noticed that 137K people voted for County Executive in the last countywide election (2011), while 360K voted in the last Presidential election (2008). The reason that Republicans win the countywide races isn’t because Monroe County voters favor Republicans in county races and Democrats in federal races–it’s because Democrats simply don’t turn out for off-year elections.

So here we have another so-called expert whose expertise consists of oft-repeated, irrelevant bromides and unsubstantiated, and wrong, speculation. Jill Terreri can do better than this.

The Times has a race profile that concentrates on Louise Slaughter, who gets off a few good lines:

Ms. Slaughter said she hoped to leave the hospital soon, although her release date has been repeatedly delayed. Because of her leg, flying to Washington will be tough, so she is considering other options.

“I was going to see if Romney could transport me on the top of his car,” the congresswoman said from her wheelchair, a glint in her eye, in a reference to an episode in the life of the presumed Republican nominee. “What do you think my chances are?”

Slaughter also thinks that the race is going to be about her age.

Brian Tumulty at Gannett has an overview of the Independence Party endorsements, but the headline writer’s conclusion, that an Independence Party line boosts Republicans who get it, is questionable. I think these lines only matter to races when the party actually runs their own candidate. Otherwise, it’s hard to tell if voters are voting on that line because they like the candidate or if they want to support the party. I can’t find it at the moment, but when I do dig up Buffalopundit’s take on the Independence Party, I’ll link to it because he demonstrated how the party had devolved into an endorsement-purchasing racket in Erie County at least.